Participated in the rescue of the 3.27 collapse accident 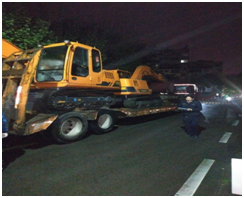 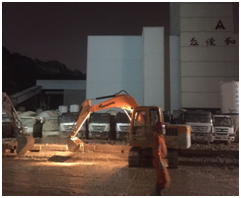 At 22:10 pm on March 27, 2020, a serious collapse occurred in the factory of Guizhou Commercial Concrete Company in Guanshanhu District, and 12 people were trapped and lost contact. At 2:48 in the morning, the Guiyang Municipal Party Committee and Municipal Government received an instruction to participate in the rescue mission. Under the disaster, time is life. Jonyang Heavy Industry immediately launched the emergency rescue plan. The emergency rescue team arrived at the company as soon as possible, prepared rescue equipment and materials in the shortest time, and rushed to the accident site with two 8-ton crawler excavators.

Although it was the beginning of spring, the sudden "falling cold" brought the temperature back to winter, and the sky was still raining. The rain was mixed with slumping mud, forming a swamp. Small rescue equipment was difficult to pass, and there was even a danger of falling into it. The rescue work has brought great difficulties. In order to fight for the golden 72 hours and save more lives, under the unified command of the emergency headquarters at the rescue site, everyone is not afraid of danger and cooperates to fight continuously. All trapped persons were found at 15:12 pm on the 30th, and 5 of them were rescued. Rescue work came to an end.